I’ll never forget the day I was told to consider another career choice, because being a nurse is not realistic for me anymore. I was in hospital and the nurse had woken me up to come in give me that piece of joyful news. I’ll also always remember the last time I saw my consultant, who has done nothing but try to get me to where I am from the moment he first met me in hospital 6 years ago.

This was back when I was dribbling all over the place and nobody knew if or how well I would recover from a severe head injury.

The first thought I had back then, laying in my bed feeling like I had died and come back to life, was ‘when can I get back to my nursing?’ He’s known from day one that has been my only focus. After I was unsuccessful in returning to my studies (twice), I knew I’d need a miracle of epic proportions. And I got it.

7 months ago the same consultant told me that he never thought I’d get this far.

It was though my own experience I learned most about sepsis. This is the same for; petechial haemorrhages, frontal and parietal lobe haematomas, subarachnoid haemorrhages, diffuse axonal injury and even hypopituitarism and diabetes insipidous. I even became interested in the types of medication I had been pumped full of. Years later, reading my medical reports, I noticed that my kidney cells had been abnormal at the time I was extubated. To this day it always helped me to remember this was because I was given high doses of vancomycin, which can do permanent damage to the kidneys. 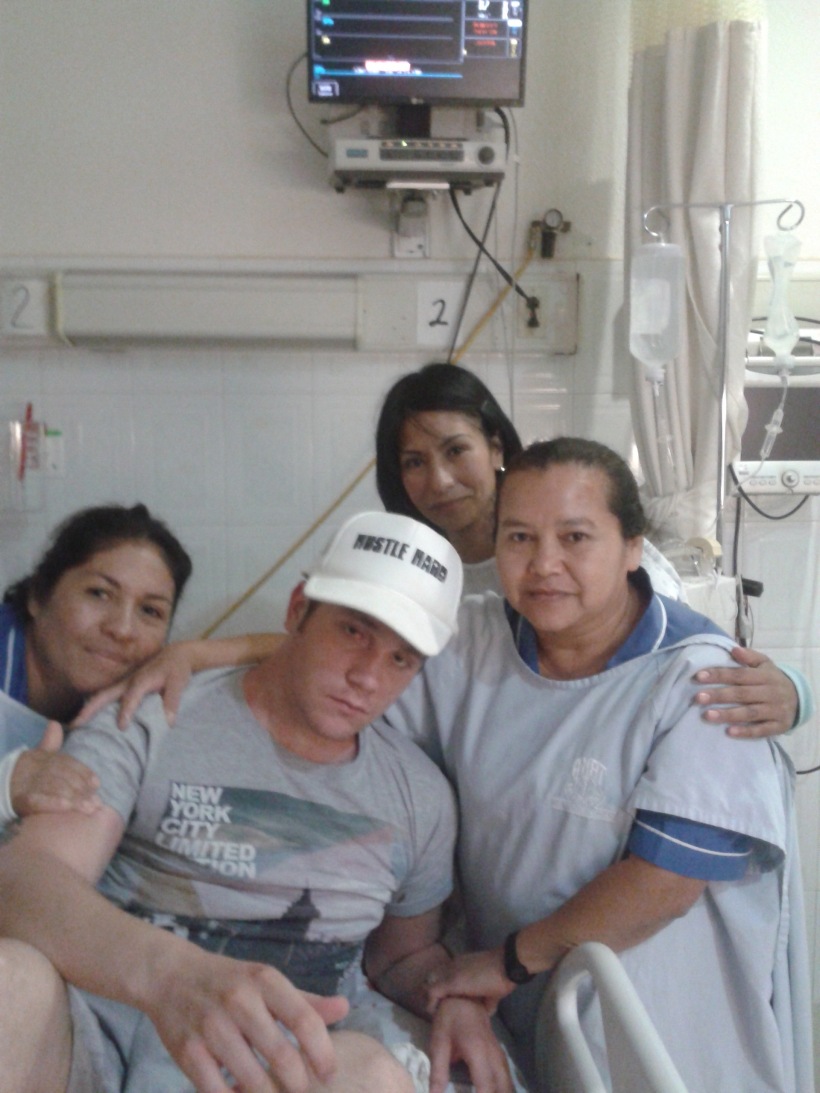 The doctors in Mexico said they did not know how I would be when I woke up from my coma. Being intubated and needing a ventilator for the two weeks I spent in my coma should have been enough cause for concern, let alone what I would do with myself if I recovered enough to have another chance at life.

Luckily I got that chance, at a price.

I’m writing these words because soon I will know if all those people who either told me I could not be a nurse, or who had tried to stop me (or worse) will be proved right. 99% of my suffering could have been avoided if I had only chosen not to pursue this dream of mine, which originally began 10 years ago.

I haven’t written much lately

Because I speak less now days. You find the truth in silence, words can never do justice to the truth.

But when I go to court in three weeks, and my suffering is being questioned in front of a high court judge in London, I will know if I have finally done enough to achieve the ‘impossible’.

But I’ve learned that nothing is impossible. I truly know this to be fact, and when this story is shared others will too. 9 months after I was discharged from hospital, when my ex wife was giving birth, a doctor in Poole hospital approached me.

Mikey, the first time I met you will always stay with me forever. You were the sickest patient I had ever seen and have ever seen to this day.

I wanted to thank everyone who has ever read this blog and given their time to sending me personal (or public) messages of support. As I wrote 4 years ago, I knew this was going to be a journey. Perhaps I had no idea just what was really in store for me, but I’m glad that although there are some people who read this blog who I have not seen in many years, it has meant a lot being able to share my story with you guys.

The next time you hear from me will be the blog I have been waiting 7 years to write, for better or worse. When my story becomes public and I’m asked about it, I’ll always remember those who supported me, in any way at all.

I have chased my dream. The journey has made it all worthwhile, whatever the outcome. I’ve learned that sometimes the journey is more important than the destination itself.